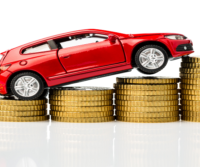 Georgia led the nation with the highest increase in personal auto insurance rates in 2016, according to a new analysis but rising rates is nothing new for the state’s drivers. Georgia ranked either first or second nationally for increases in the three previous years, too. However, State Insurance Commissioner Ralph Hudgens said there is little he can do about skyrocketing rates because of a law passed a decade ago that makes it almost impossible for the government to stop such increases.

Click HERE for the full story on Georgia’s rising rates.

By Durham Law Group, P.C. | Posted on July 24, 2017
« Stolen Dreams of an Aspiring Artist
The Basics of Personal Injury Law »