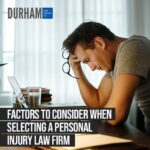 Factors to Consider When Selecting a Personal Injury Lawyer

According to the ABA National Lawyer Population Survey, more than 32,409 personal injury lawyers are operating in Georgia. With this large number of professionals to choose from, finding the right lawyer for your particular case can be difficult. To make your pursuit a bit easier, here are four important factors to consider when choosing… Read More » 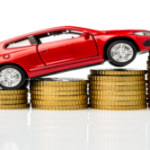 Georgia led the nation with the highest increase in personal auto insurance rates in 2016, according to a new analysis but rising rates is nothing new for the state’s drivers. Georgia ranked either first or second nationally for increases in the three previous years, too. However, State Insurance Commissioner Ralph Hudgens said there is… Read More » 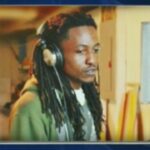 Stolen Dreams of an Aspiring Artist

Atlanta, Georgia is largely renowned as the hip-hop capital of the world. Some notable artists who began their careers in Atlanta include Outkast, Gucci Mane, T.I., Young Jeezy, Ludacris, Jermaine Dupree, Usher, Ciara, and CeeLo Green. Many artists from Atlanta have found success in the music industry and have extended that success to other… Read More »

Michelle Carter was found guilty involuntary manslaughter after a few texts and a single phone call led her friend, Conrad Roy III, to commit suicide. As Mr. Roy stepped out of the truck he had filled with lethal fumes, Ms. Carter told him over the phone to get back in the cab and then… Read More » 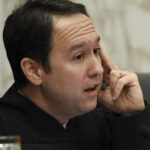 Sweeping ruling says state cannot be sued without its consent

The Georgia Supreme Court on Monday ruled that the state is immune from lawsuits that challenge the constitutionality of statutes passed by the General Assembly. “Simply put, the constitutional doctrine of sovereign immunity forbids our courts to entertain a lawsuit against the State without its consent,” Justice Keith Blackwell wrote for a unanimous court…. Read More » 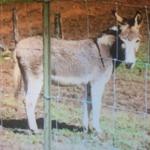 Never Bite the Hand That Feeds You

Anna Maria Giacomi, a North Georgian woman, recently settled a lawsuit against an unnamed North Georgia commercial farm for an undisclosed amount. Ms. Giacomi was attacked two years ago by a donkey she was feeding and is still recovering from the incident that led to a double amputation. While feeding the donkey on Thanksgiving… Read More » 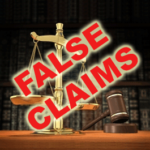 Someone is Always Watching-Fraudulent Claims Lead to Spiked Insurance Premiums

Florida woman, Sheyla White, fraudulently filed a worker’s comp claim for head injuries when a sprinkler fell from her office ceiling. After investigation of her claim, this camera proved the sprinkler never made contact with the woman, instead she began to hit herself with the fallen sprinkler. She was fired from her job, and… Read More » 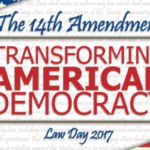 This year’s theme is “The 14th Amendment: Transforming American Democracy. The Fourteenth Amendment has evolved and influenced the lives of many throughout history, and it continues to do so to this day. May 1, 2017 Law Day Blog Durham Law Group, P.C Is Honored To Be Representing The Family of Jerome Blake.

Close to a year ago, an aspiring rapper was shot to death in a southwest Atlanta recording studio. Man charged with murder of Atlanta rapper; victim’s dad sues security 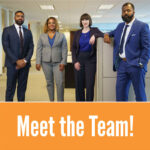 If you think Durham Law Group, P.C. is like every other personal injury law firm, it’s time to think again. While we do handle personal injury claims across the Southeastern U.S., it’s not the trial or the money we’re after. We’re in it for clients who need an advocate that will listen and take… Read More »