Never Bite the Hand That Feeds You 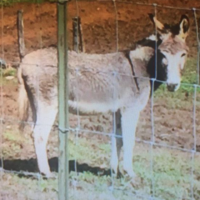 Ms. Giacomi was attacked two years ago by a donkey she was feeding and is still recovering from the incident that led to a double amputation. While feeding the donkey on Thanksgiving Day in 2015, it grabbed Ms. Giacomi and pulled her into its pen. She was flown to a hospital, where she contracted necrotizing fasciitis, a flesh-eating bacteria, the same bacteria that Aimee Copeland contracted after a zip-lining accident in the Little Tallapoosa River in May 2012. Eleven surgeries later, Giacomi was without a leg and an arm.