Stolen Dreams of an Aspiring Artist 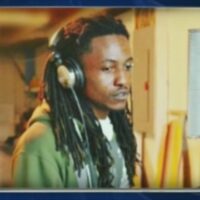 Atlanta, Georgia is largely renowned as the hip-hop capital of the world. Some notable artists who began their careers in Atlanta include Outkast, Gucci Mane, T.I., Young Jeezy, Ludacris, Jermaine Dupree, Usher, Ciara, and CeeLo Green. Many artists from Atlanta have found success in the music industry and have extended that success to other business ventures as well. Atlanta’s music industry thrives largely because of the incredible network, opportunity, and talent that is embedded within the city. Atlanta, Georgia has become the epicenter for aspiring artists to gain a promising start, and many use the city as a platform to achieve their dreams.

Unfortunately, the dreams of one aspiring artist in Atlanta will never become reality. Jerome Blake was shot and murdered on April 20th, 2016 in a recording studio in southwest Atlanta. The Metropolitan, the building where the murder occurred, has a history of criminal violence. Despite having knowledge of criminal activity taking place on the premises, The Metropolitan did not provide adequate security to its guests. Due to the blatant lack of security, assailants were able to easily enter the property and take the life of Jerome Blake. The Durham Law Group has the privilege of representing the Estate of Jerome Blake, and we hope to get civil justice for him and his family. Jerome’s murder and the investigation that followed can be viewed on A & E’s television program “First 48” below.